When the European Agreement on the International Carriage of Dangerous Goods by Road, commonly known as ADR was revised in 2007, tunnel restriction codes were assigned to all dangerous substances according to their potential of damage, amount (mass) and carriage type. These codes serve as a basis for a uniform European regulation governing the transport of dangerous goods through road tunnels. To enforce restrictions of DG transporting vehicles through a tunnel, the relevant national authorities shall assign the tunnel to a category defined in the ADR.

In 2009, the Austrian Federal Ministry for Transport, Innovation and Technology (BMVIT) launched a research project with the objective of establishing a complete investigation and assessment procedure concerning risk analyses for DG. The research project was exclusively focused on assessing the risk of DG accidents, whereas mechanical accidents and conventional fires are addressed by the risk model TuRisMo. The risk calculation is performed using the DG-QRAM model which was developed on behalf of OECD/PIARC. The method for the categorisation of road tunnels is presented in the Austrian guideline RVS 09.03.12.

Another possibility to assess the transport of dangerous goods through road tunnels is the German method which is stipulated in the research reports FE 03.0437/2007/FRB und FE 86.0050/2008 (procedure for categorisation of road tunnels). The German method applies the DG-QRAM model only in step 1. For the further steps a detailed risk model has to be used including simulations for CFD (smoke propagation) and evacuation of people.

ILF has gained broad knowledge of the application of the Austrian and German methods carrying out a large number of dangerous goods risk analyses and ADR tunnel categorisations. 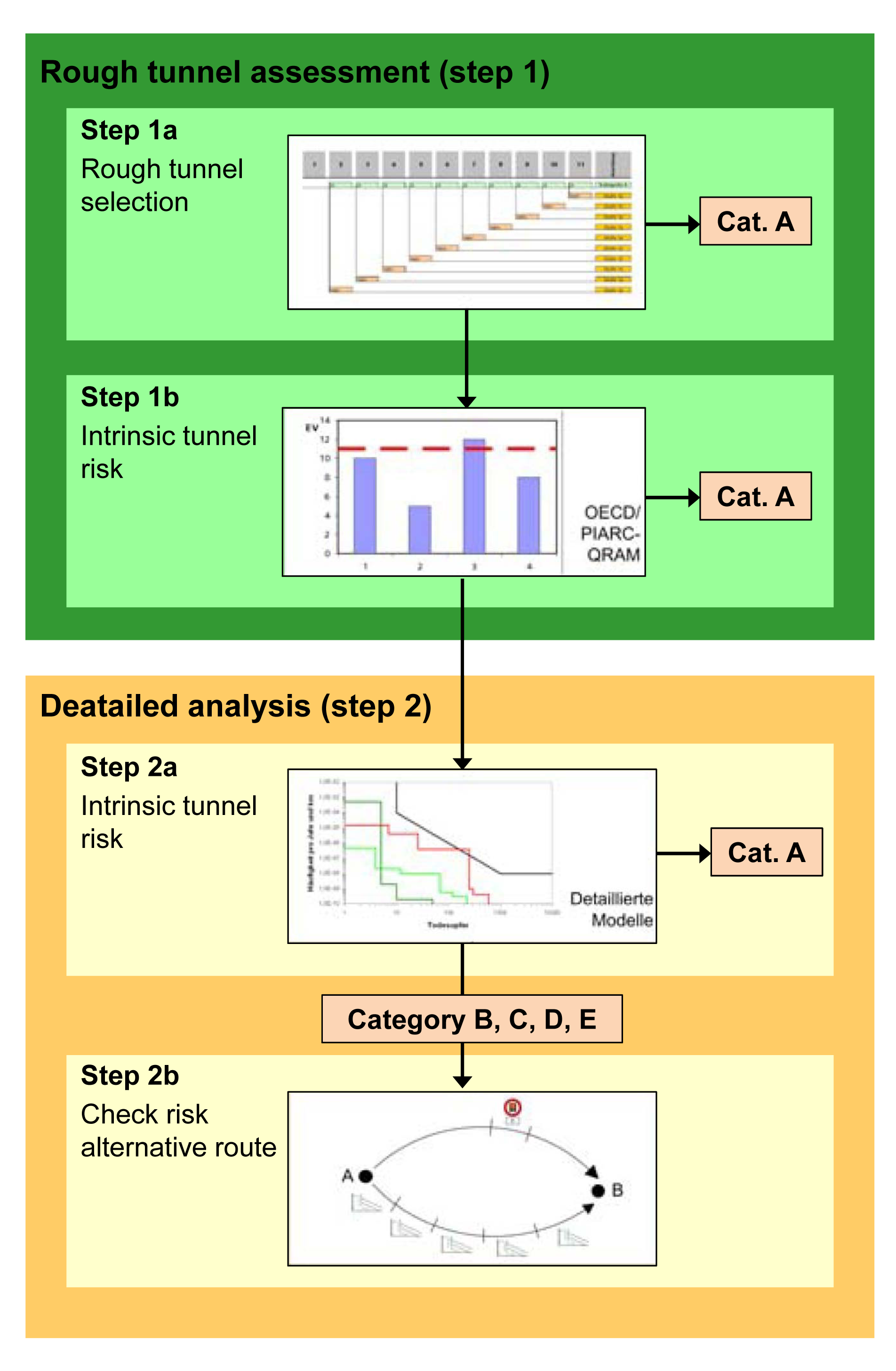